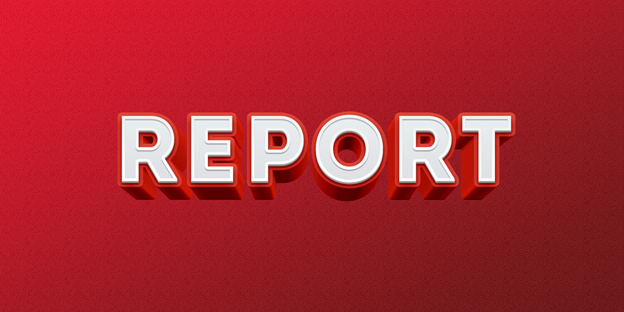 Here is a report on the prospects who participated in the Hoop Review evaluation workout on Tuesday, October 6 at Slam Academy in Hayward.

Brown is a very athletic wing who can impact the game in a lot of different ways (at both ends).

He’s a capable ball handler who is a very nice driver with a solid first step. He can break down defenders one on one on a consistent basis.

Brown is a set shooter with 3 range who can knock them down with regularity. And he moves fairly well without the ball.

He’s a capable on-ball defender who could be a little more consistent in that regard and a good rebounder who can go get the ball.

Curry has big-time athleticism and it really helps him to create more havoc for the opponent at both ends of the floor.

He has an excellent first step and he goes by the defenders almost at will. He is a blur on the drive.

Curry has an effective mid-range pull-up game and can shoot it from the perimeter. He also has a nice floater.

He is an aggressive on-ball defender who takes pride in stopping the opponent.

Curry is a guy who plays big and is a legitimate Division I prospect. Coaches need to get on him.

Green is an energetic and athletic one-man with a solid skill set.

He can handle and pass it well and does an effective job making plays on the fast break for himself and others. Up tempo is the name of his game.

Green can run a team and is a solid facilitator/distributor. But he can also provide scoring as needed.

He can pressure the ball defensively and he finds ways to come up with a few rebounds despite his lack of size.

Green belongs on the 2022 radar and coaches need to check him out.

Kabigting is a hard-working two guard who can run the floor all day long. He has a lot of hustle to his game and a consistent motor.

He can handle it and he is a very nice passer who is unselfish and has a consistent ability to find the open man. He shoots it fairly well with long range and he takes good shots.

Kabigting has a high IQ and is a real team guy. He does not make a lot of mistakes and never tries to force things.

He will make the effort at the defensive end to put pressure on the opponent.

Kabigting is a player college coaches need to check out and they will like what they see.

Kennedy is a highly competitive shooting guard with a solid skill set. He has an ideal approach to the game in terms of effort.

He attacks on a consistent basis both in transition and in the half court. He does a real nice job finishing on the break.

Kennedy can score from all three levels in the half court. He shoots it well with 3 range. He has a solid mid-range pull-up game and he is a very aggressive driver.

He gives a consistent effort on the defensive end to pressure the opponent.

Kennedy will definitely impress college coaches when they watch him play.

Lenci is an aggressive shooting guard with some skills who is a bona fide competitor. He makes a lot of hustle/effort plays.

He is in constant motion without the ball in a half-court setting and will burn you if you fall asleep on him.

Lenci is a pretty good passer who is unselfish and fits into a team real well. He is an ok set shooter with 3 range and he can get to the basket on the drive.

He works hard at the defensive end and is not afraid of the challenge of guarding a good player.

Lenci is a guy with the right approach to the game that any coach can appreciate.

Mangonon is a hard-nosed and tough-minded point guard with a LOT of fight in him. He is highly competitive and he has a great motor.

He has solid ball-handling and passing skills and is an effective floor general. He is a leader by example in how hard he plays.

Mangonon goes very strong to the hoop on the drive and he has a nice hesitation move. He could show a little more as a perimeter shooter.

He is a very aggressive on-ball defender who will make things hard for the opponent.

College coaches will love the effort this kid makes when they watch him play.

Milch is a skilled guard/wing with a competitive instinct who can make things happen on both ends.

He is a capable ball handler who has a solid pull-up game in the half court. He shoots it fairly well with long range and a lot of confidence. And he is able to get to the basket on the drive.

Milch is a capable defender and rebounder who is not afraid to “mix it up.”

He has a pretty good understanding of how to play as well.

Milch is a guy who belongs on the 2021 radar for college coaches.

Pierre is a real athletic one-man who excels in an up-tempo game. He can run all day long.

He has superior ball handling and passing skills and he does a nice job of attacking on the break and making plays. He is very effective at finishing for himself.

Pierre is in constant motion without the ball in a half court setting. He is a good passer who can find the open man consistently. He is a good driver with a nice first step.

He is a top-notch defender who can really pressure the ball.

Pierre is a legitimate Division I prospect who college coaches need to get involved with.

Thomas is an “all-in” point guard who comes to play and does whatever the team needs. He is a hard worker who never stops working…

He can handle and pass the ball and he can run a team. He knows how to play and he makes pretty good decisions.

Thomas has a mid-range game and he can finish on the drive. He needs to prove himself as a perimeter shooter.

He is a consistent on-ball defender who will harass the opponent into making mistakes.

Thomas is the type of player that every team needs.

Tumlin is a skilled guard/wing who makes consistent contributions through ability, smarts and effort.

His best asset is his ability to shoot the ball (with long range). He takes good shots and has a ton of confidence to knock them down. He will take the big shot when the money is on the line and you do want the ball in his hands when you need a bucket.

Tumlin also has a pull-up game and he can get to the basket on the drive.

He is a capable defender and a solid rebounder who is willing to “do the dirty work.”

Tumlin is a very nice prospect in the 2021 class who will play somewhere at the next level.

Yamaguchi is a fundamentally sound two guard who maximizes what he has.

He has a solid skill set and is pretty competitive by nature and he plays for the team all the way.

Yamaguchi moves well without the ball, he shoots it ok with 3 range and he can finish on the drive. He is a good passer as well.

He does give a pretty consistent effort at the defensive end and won’t back down from a challenge.

He is the type of player that any coach will appreciate.