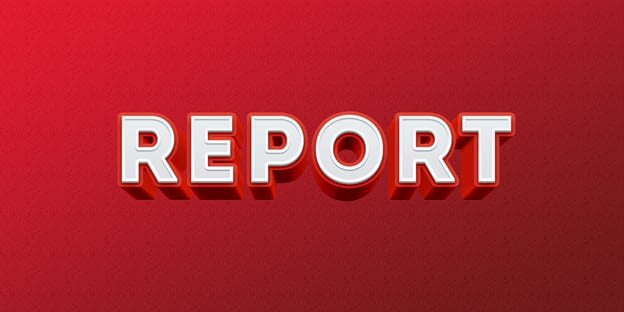 Here is a report on the prospects who participated in the Hoop Review evaluation workout on Thursday October 1 at Slam Academy in Hayward.

Andrea is a guard/wing with long arms who can run the floor. He will get out on the fast break and create opportunities for himself.

He handles the ball ok and makes pretty good decisions. He does have a good understanding of how to play and he is a capable and willing passer.

Andrea shoots the ball fairly well with 3 range and takes good shots. He fits in well with a team and does not force things. He does a pretty job of moving without the ball.

He does need to be more aggressive at the defensive end and his biggest need is to develop bulk/strength as he is on the thin side.

Andrea is a guy that belongs on the 2021 radar to be checked out.

Brown is a real athletic three-man with a nice burst who can really run and jump. He can score in different ways and is a lot to contend with.

He finishes well on the drive, has a solid mid-range pull-up game and he is an ok set shooter with 3 range (his release is a little slow).

Brown can make plays in transition as well as in the half court pretty consistently.

He’s a solid rebounder who can go get the ball and he is a capable on-ball defender.

Brown is a solid prospect for the next level in the class of 2023.

Curry is an excellent athlete with very nice speed and quickness. This really makes him impactful at both ends of the floor.

He is effective pushing the fast break making plays for himself and others. He does play in attack mode.

Curry has a great first step and consistently breaks down defenders on the drive. He shoots the ball fairly well with 3 range and a lot of confidence. He is in constant motion without the ball.

He is an aggressive defender who does a nice job pressuring the ball. He also finds ways to come up with rebounds despite his lack of size.

Curry is an impressive prospect. Don’t look at the size coaches–look at the game!

Dean is a fairly athletic and competitive shooting guard who comes to play and tries to fit into a team.

He’s an ok ball handler with a solid first step who can get to the basket on the drive quite well. He shoots it ok with 3 range and has pretty good shot selection. He moves fairly well without it.

Dean will make the effort at the defensive end and is not afraid to take on a good offensive player.

His biggest need is to be more vocal on the court.

Dean has a solid approach to the game and any coach will notice that when they watch him play.

Durkee is a strong and athletic guard/wing who competes at both ends and gets things done.

He is an effective playmaker in transition who does a nice job attacking.

He’s a solid ball handler who is an aggressive driver that can finish with authority.

Durkee can hit an open perimeter shot but his mind set is to put it down and go.

He’s a tough minded on-ball defender who will make things difficult for the opponent.

Durkee is a legitimate 2021 prospect and coaches need to get involved with him.

Hurskin is a real athletic one man who runs the floor all day long. And he never stops running.

He’s a confident ball handler and a good passer who makes pretty good decisions. He is able to make plays for himself and others on a pretty consistent basis.

Hurskin has a good first step on the drive and he can shoot it pretty well with 3 range. He also shows some ability with a mid-range pull-up. And he does move well without it.

He is a capable on-ball defender but could be a little more aggressive in this regard.

Hurskin is a basketball junkie and coaches will like what they see when they watch him play.

Lacey is a very athletic three-man with a solid all-around game at both ends of the floor.

His best asset is his ability to drive the ball. He has a real nice first step and he can get by defenders consistently.

Lacey shoots it ok with 3 range. This forces the defender to get out and guard him on the perimeter. Then he has the ability to put it down and go by them.

He is athletic enough to guard anybody on the perimeter and also to be able to go get to the ball on the glass.

His biggest need is to work on being consistent every time he steps on the floor.

But Lacey is a very good prospect in the 2021 class that coaches need to put on their radar.

Mattox is an athletic one-man with a lot of hustle. He plays in attack mode and makes a lot of things happen.

He’s a confident ball handler who is effective on the break and finishes well. He sees the floor and will find the open man.

Matrox has a pretty high IQ and has pretty good decision-making abilities. He knows how to run a team.

He is a willing worker at the defensive end who will pressure the ball.

He is always in the gym working on his game and will continue to develop/improve. Mattox is a bright young prospect in the 2023 class.

Mir is an active and deceptively athletic guard/wing with a very impressive offensive skill set. He is a difficult matchup for the opponent to contend with and he will attack on every possession.

He’s a solid ball handler who does a nice job finishing in transition-he goes all the way unless you stop him. And he’s a good passer who will find the open man.

Mir has a versatile arsenal in the half court and can score just about every way possible. He has a solid pull-up game mid-range. He’s a good and confident shooter with 3-point range and he has a nice floater shot.

His best asset is likely his ability to drive the ball. He has a nice burst and a solid hesitation move to get by the defender.

He is a capable defender but does need to be more consistently aggressive on that end. He rebounds it ok.

And he does need to be more vocal on the court.

Mir is a legitimate Division I prospect with a promising future.

Moore is a guard/wing who falls into the “does one thing really well” category.

He is a good shooter with long range who is very confident. He believes every shot he takes is going in. And he is a guy who will take the big shot when the money is on the line.

Moore’s task is to show that he is more than a one-dimensional player. He has a capable floater and does a decent job getting to the hoop on the drive.

He can rebound the ball but does need to show more at the defensive end.

Do put Moore on the 2022 radar. He will get the attention of college coaches.

Pierre is an athletic point guard with an impressive all-around game (at both ends). He makes a positive contribution in a lot of different ways.

He is a good ball handler and passer who pushes the break and makes a lot of things happen for himself and others.

Pierre has a killer first step on the drive and can really get to the hoop. He probably does need to prove himself more as a perimeter shooter.

He is an aggressive on-ball defender who can pressure his man. And he is a capable rebounder for a guard without a lot of size.

Pierre is legit and merits Division I consideration.

Thomas is a hard-working one-man with athleticism and a lot of hustle who makes consistent effort.

He does a nice job of fitting into a team and does whatever is needed. He does try to keep things simple.

Thomas can handle the ball and has a capable pull-up game in the half court. He has a floater and can find his way on the drive.

He will get after you at the defensive end and stay after you. He takes pride in his defense.

Thomas is a player that coaches will appreciate when they watch him play.