The Hoop Review Evaluation/Workout Program is being held at Slam Academy in Hayward. Here is a report on the players who participated in the session on Tuesday, July 14.

Alexander is a real athletic guard/wing who is consistently affective in getting to the basket on the drive. He goes strong and can finish with contact. He is also a confident ball handler who has a nice pull-up game in the half court. He can make plays in transition, including a sweet floater to finish. Alexander knows how to move without the ball and he shoots it ok with 3-point range.

He’s a capable defender and rebounder at the other of the court and he works pretty hard at it.

Alexander does play with confidence- he just needs to be more vocal. He’s a relatively consistent performer whose production may not be so apparent until the game is over but it is definitely there. He has a bright future ahead of him in the college ranks.

Burris has proven himself to be a versatile all-round scorer. He brings a relatively complete offensive game to the table. He is pretty good at finishing in transition and in the half court. He has a little bit of a slow release, but he can shoot it with long range and is effective at catch and shoot. Burris is a solid driver but is not instinctively looking to put it down and go to the basket. He can dribble operate on the block and has a competent post-up game. He is a capable ball handler but he has a tendency to over dribble. He passes the ball well and is adept at finding the open man.

Burris has the size, length and athleticism to defend positions 1 through 4. He does show the ability to defend on ball effectively- he just needs to do it more consistently and aggressively. He’s also a fairly good rebounder who has the physical attributes to get to the ball. At this point in time he could use a little more conditioning.

Burris has received multiple mid-level Division I offers and will be successful at that level.

Despie is an excellent shooter with textbook-looking form. He can really fill it up! Equally significant is the fact that he takes good shots. And he can shoot it off the dribble or catch and shoot. He is a monster weapon versus the zone…

Despie is a solid ball handler who can step over to the point guard position and handle himself just fine. He has a high IQ and a pretty good understanding of how to play the game, and he makes a positive contribution as a rebounder form the guard position. He could do himself well to improve his athleticism.

Hubbard is a basketball junkie who will be in the gym if door is open. (If the door is locked he will probably break in). He has solid ball handling and passing skills and makes pretty good decisions. He plays with confidence and knows how to run a team and be a leader. Hubbard has a high IQ and can do what the coach needs done for the team’s sake.

He is a facilitator who can make play for others and is not concerned with scoring. He can penetrate and get in the lane and make things happen. Hubbard probably needs to prove himself as a more consistent perimeter shooter.

He has demonstrated the ability to defend on the ball and is not afraid to take on the opponent’s big scorer. If you want someone who finds way to get it done, this is your guy.

Johnson is an athletic, bouncy four man with long arms and big feet. (He definitely passes the look test). He is a capable ball handler who does a real nice job beating the defender on the face up drive on a consistent basis. Johnson is an accomplished post-up player who can finish around the basket with a jump hook and an up and under move. He moves fairly well without the ball and is an ok (set) shooter with 3-point range.

He has the ability to impact the game at the defensive end by blocking and changing shots and he is a good rebounder with the length and athleticism to be able to get to the ball.

Johnson, who has a real nice upside, needs to make sure he gives a consistent effort and brings it on every possession. If he does that the sky is the limit. (He is getting significant mid major level recruitment).

Kerr is an athletic combo guard with a pretty solid all-around game at both ends of the floor. He is a confident ball handler who can run a team. He sees the court and can find the open man.

Kerr is a good driver with a nice first step who can beat the defender one on one. He can also shoot it with range. This combination makes him a tough matchup for any opponent.

Kerr is a capable defender and rebounder at the other end and will make a pretty consistent effort.

Although his action does speak for him, he does need to be more vocal on the court and play in attack mode wire to wire. He is a talented player who can’t be hesitant to display his talents.

He will play division I basketball with the level to be determined.

Kiachian is a Dow Jones special whose stock has continued to rise. His consistent progress has been quite impressive! He has big feet and deceptive lift and is very active on glass. He is a high -volume rebounder who pursues the ball aggressively and can make plays above the rim.

Kiachian can shoot the ball with 3-point range which stretches the defense out and open things up for cutters to the basket. He is an accomplished post-up player who has a variety of moves on the block and scores consistently down there.

He can defend inside and he can block a shot. Most importantly, he is a hard-working player who gives a pretty consistent effort.

Kiachian has multiple division I offers and is somewhere in the mid level range.

Phillips is an energetic and athletic one man with nice quickness and a solid all-around skill set. He impacts the game in a lot of different ways. He’s a confident handler who takes care of the ball. He is a good passer who sees the court and finds the open man.

Phillips pushes the break consistently and makes a ton of plays in transition. In the half court he shoots it well enough (with 3 range) to make the defense get up and guard him and then he has a nice first stop to be able to get by the defender. He also has a clever floater shot in the lane.

Phillips can run a team for sure. But he could be a little more vocal as a point guard. And significantly, he is a solid on-ball defender.

He is a player who can make those around him better (which is very rare) and is a team guy all the way. He’s a good one to have on your side!

Turner is a versatile four man who can play anywhere on the front line as needed. He can be the “glue guy” to fit whatever the team needs. He moves real well without the ball and is in constant motion.

Turner shoots it well with some range and is effective at catch and shoot. He has post up skills with a nice turnaround shot and a jump hook. He has also shown the ability to get to the hoop on the face-up drive.

He is a very good passer who plays unselfishly and intelligently. He can rebound the ball pretty well in his area.

If you are looking for an efficient player with a high IQ who maximizes what he has, get on Turner’s radar.

Vaihola is an active, big-body power forward who has a solid offensive arsenal. He has good hands and some strength and is hard to guard on the block. He can dribble operate and has a nice post up game.

Vaihola is a solid mid-range shooter and he has some ability to beat the defender on the one-bounce short drive. He also passes it fairly well and can find the open man.

He shows some ability at the defensive end but could be a little more consistent. He is also a capable rebounder who will go after the ball.

Vailhola could use a little more conditioning at this point as he has a tendency to break down when he gets tired. But he is a promising prospect for the next level.

Washington has been operating a little below the radar but has shown that he clearly belongs on the radar. He is an athletic guard/wing with solid ball handling and passing skills. He does a nice job finishing in transition.

Washington has a nice all-around ability to score the ball. He is an excellent one on one driver (who finishes strongly), he has a solid pull-up game and he can shoot it well enough with 3-point range. And he moves well without the ball. He is active on the glass and is a pretty consistent rebounder.

The biggest need for him is to be more vocal and to step up and NOT take a back seat to anyone. If he does that his radar will continue to expand because this kid can play…

Wolf-Bloom is a combo forward jack-of-all trades type of player. He is as smart a player as you will find. And in terms of efficiency, you won’t find many better. His IQ and understanding of how to play is impressive. He is a guy who the coach wants on the court and the end of a close game. There is HIGH trust factor with this guy.

Wolf-Bloom is a capable ball handler who can get to the basket on the drive. He is unselfish and puts the team first. He is effective playing without the ball and he shows some ability to defend and rebound.

He will compete and maximize his talent on a consistent basis. Wolf-Bloom will find a win to win which is what any coach wants.

Nor Cal Tip Off Classic 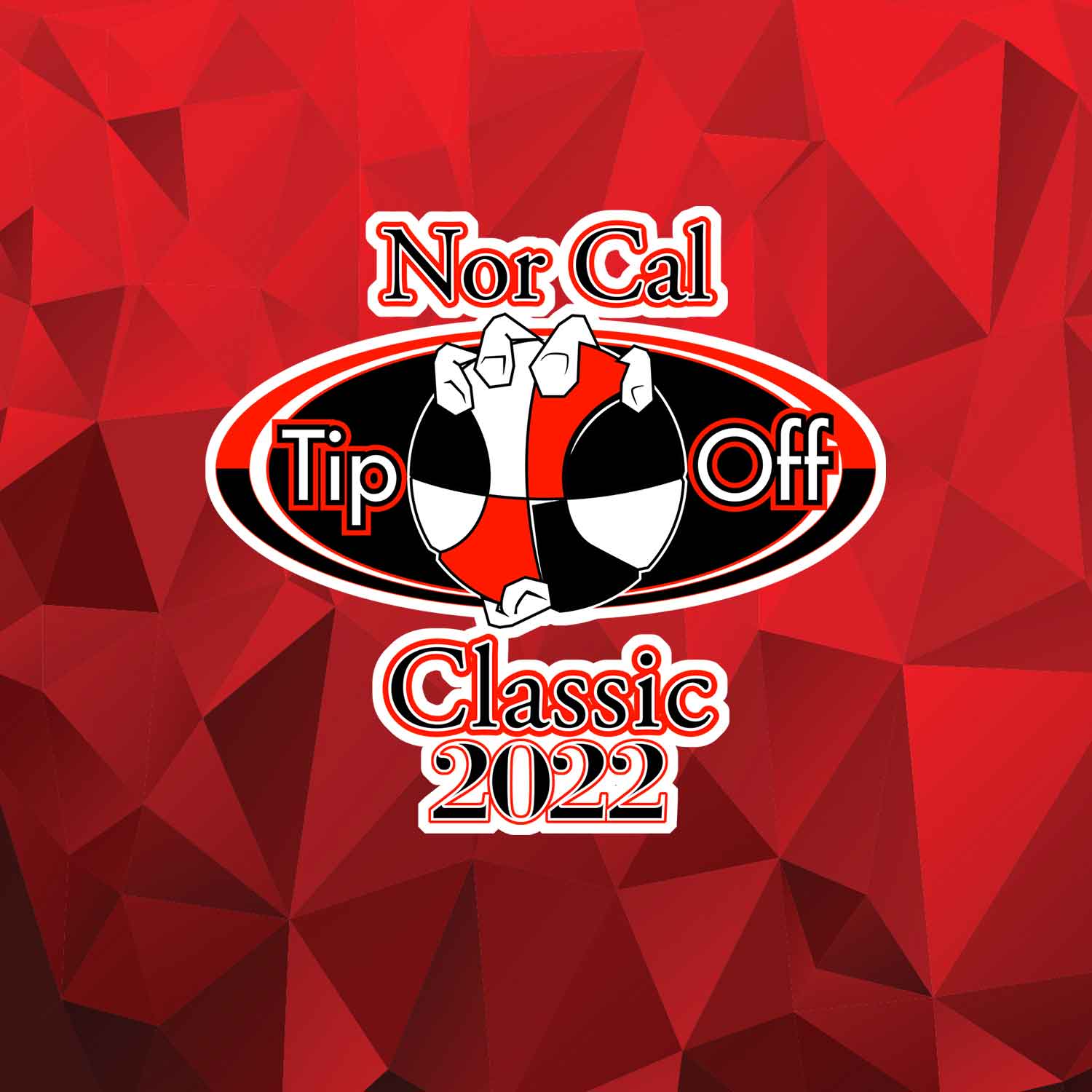